1. Out-of-state money threatens California emissions law:  California’s crazy proposition process repeatedly exposes its in-state concerns to the impacts of massive purchases of television ads by out-of-state interests. The current battle is over a four-year-old law controlling greenhouse gas emissions—the most advanced in the country. Californians should defeat Proposition 23 (and they should scrap the dangerous proposition method of lawmaking). 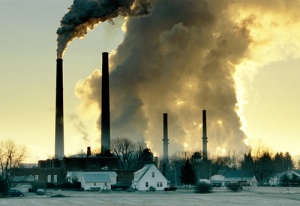 The law in question, known as A.B. 32, mandates slashing carbon and other greenhouse emissions to 1990 levels by 2020, by forcing power companies and industries to cap their emissions and by slashing carbon in gasoline.

The tensions between the Tea Party Express and Republican leaders underscore how the rise of the tea-party movement, which is critical of government spending and many Obama administration policies, has shifted power from GOP officials in Washington to outside activists and groups who operate by their own playbooks.

Peggy Noonan analyzes the Tea Party, its remarkable surge, its critique of the GOP, and the remaining questions.

— California: Fiorina, the former CEO of Hewlett-Packard, is trying to unseat Boxer, an incumbent who is seeking her fourth term. The race is considered a toss-up.

— Nevada: Angle, a former member of the state assembly, is running against Majority Leader Harry Reid, who has a mixed record on abortion and has voted with the pro-choice community on several significant bills. The race is considered a toss-up.

— Delaware: O’Donnell, a former marketing and media consultant, is running against pro-choice Democrat Chris Coons to fill the open seat vacated by Vice President Joseph Biden. Coons is the favorite.

4.  Russia’s prisons look to religion to bring moral guidance: Wonderful to see this development in Russia, where people once were sent to prison because of their religion. As a longtime employee of Prison Fellowship, the work of prison ministries around the world is encouraging to me.

At Prison Colony No. 7 near Veliky Novgorod, a historic city famous for its churches, a small wooden church built by inmates stands in the centre of the prison grounds. Vladimir Lazarenko, a wizened man in his 50s, told a visiting reporter in 2008 that he had returned to God in prison. “I was a believer from childhood, but I got lost and got in trouble,” said Lazarenko, who was convicted of killing his father. “Here I remembered about God.”

5. Get Low and the Gospel: Russell Moore calls new film “a near encounter with the gospel.”

“I was first struck by the fact that this was one of the very few contemporary films I’ve seen that portrays positively either the clergy (two of them, in this movie) or funeral directors (well, at least one of the two). But that was not the most impressive part of the movie. I was jarred by the guilt that throbbed through the whole of it.

Get Low is not a “Christian movie.” The point of view is decidedly non-Christian, as is most of the mode of discourse. And that’s just the point. The film portrays something the Christian Scriptures insist to be true. Guilt isn’t something society foists upon us. There’s something primal, something real, in the guilty conscience.”

I am a writer and consultant on faith and public life, active for many years in management and communications in the evangelical community, and more recently assisting other nonprofits and corporations. Everything on this blog is my personal opinion.
View all posts by Jim Jewell →
This entry was posted in Abortion, Christianity, Climate Change, Culture, Environment, Jim Jewell, Politics, Pro-life, Republican, Tea Party and tagged climate change, conservative Christians, pro-life. Bookmark the permalink.